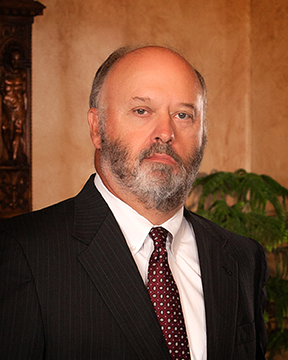 Over the past thirty-five years, Ed Murphy has helped individuals and businesses, both plaintiff and defendant, with all types of claims and disputes. Ed has represented clients in state and federal courts from California to Virginia, from Texas to Wisconsin and throughout the State of Missouri. His practice is concentrated in the following areas:

Ed has been appointed by the United States District Court for the Western District of Missouri to serve on the Federal Practice Committee and the Judicial Commission. He has authored scholarly articles for the UMKC Law Review, the Missouri Bar Journal, and the MoBar CLE Deskbook: Torts. Ed has been awarded an “AV” rating as an attorney, which signifies that he is considered by members of his profession to be an attorney of preeminent skill with high ethical standards. He is a long-time member of the Million Dollar Advocates Forum.

Over the course of thirty-five years as a practicing attorney, Ed has developed a national practice representing persons injured on the highways or at work or as a result of an unsafe machine or negligent healthcare. Ed has also represented persons involved in a dispute over a trust or a will. In addition to handling all types of injury claims, Ed has represented business owners as both plaintiffs and defendants in matters involving breach of contract, fraud and other claims. He has represented numerous contractors and construction owners in contract negotiations and construction litigation. Ed has experience in collective bargaining and labor arbitration and has a significant background in municipal law and education law.

Ed has considerable trial and appellate experience in the state and federal courts, a sample of which would include:

Ed Murphy was raised on a farm in northwest Missouri. He competed in high school and collegiate athletics and played rugby while attending Oxford University. Following law school, he clerked for the Hon. Forest Hanna, retired Judge of the Missouri Court of Appeals.

Over the years, Ed has made community service and church a priority. Through his leadership as a Board member of the William D. Morgan Charitable Foundation, millions of dollars have been distributed to local charities and schools. Ed was elected three times to the St. Joseph Board of Education and served as its President. He has also served in leadership roles in his local church, including Chairman of the Church Council and leader of the children’s ministry.

Ed has volunteered thousands of hours as a coach and sponsor of youth sports from preschool to high school. He formerly coached AAU girls and boys basketball teams in international competitions in England, Ireland, Bermuda and Hawaii, and his teams won various international, national and regional titles. Ed and his wife, Cheryl, have three adult children.