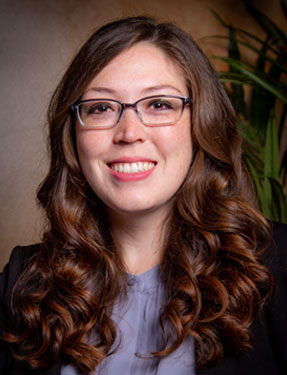 Laurna is licensed to practice law in the State of Missouri and in the United States District Court for the Eastern and Western Districts of Missouri and pending admittance in Kansas.

While in law school, Laurna was the president of the UMKC Law School Federalist Society, hosting speakers on a variety of topics including the electoral college, civil asset forfeiture, and administrative law. As president, she attended leadership conferences in Washington, D.C. Laurna also served as a  graduate assistant for the political science department helping professors with scholarly research. She was a member of the UMKC Mock Trial Team competing in an all Missouri Law School competition at the Attorney General’s Cup in Jefferson City, Missouri. Laurna had an emphasis in international law studying abroad in Ireland over her 2L summer. She was also UMKC Women’s Council Graduate Award Recipient two years in a row.

Laurna was born and raised in Joplin, Missouri where her family continues to reside. She is a new
resident of St. Joseph, Missouri where she enjoys spending her time exploring the city and walking her
dog.