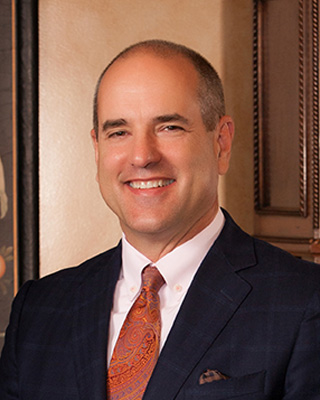 Joe has nearly four decades of trial practice.  He has handled numerous cases in the Kansas City area, St. Joseph, and throughout northwest Missouri. He has litigation experience at both the state and federal level. He has appeared before every state court in the Northwest Missouri area and has handled and litigation in several jurisdictions outside the state of Missouri.

Joe has also handled several large estate disputes. These have included a fraudulent will that suddenly appeared shortly after a death, situations where one family member has taken advantage of circumstances to squeeze out other family members, and cases of undue influence where an outsider ended up with the family farm. Estate disputes are common and should be pursued quickly when strange events happen.

Joe has represented several claimants under the federal Vaccine Injury Compensation Act, a highly specialized area dealing with injuries to children caused by vaccines. He successfully tried, before the United States Court of Claims, the case of Wilkerson v Secretary of Health & Human Services, an unusually complicated vaccine case.

In 2000, Joe played a major role in the case of Missouri Consolidated Health Care Plan v. Community Health Plan, which was tried in Federal Court in Jefferson City, Mo., and resulted in a jury verdict of over fourteen million dollars. His first experience with commercial litigation came in 1987, in the case of Hillyard, Inc. v. Pitzer Products Co., in which he served as second chair, handling all of the expert testimony involving complex issues of chemistry and physics. The case resulted in a verdict of 2.6 million dollars, the highest verdict ever rendered at that time in the St. Joseph Division of Federal Court.

Joe has been admitted to practice law in Missouri state and federal courts since 1983, as well as the United States Claims Court.

Joe was born in North Kansas City, Mo., on December 8, 1958. His father, R. Kenneth Elliott, served as a Circuit Judge in Clay County from 1958-1991. He and his wife, Marlene, have two daughters, and several grandchildren.

Joe is very active in his church and community. From 1986-1993, he was a member of the Board of Directors of United Cerebral Palsy of Buchanan County and has served as president of the Board of Trustees of the River Bluffs Regional Library as well as president of the St. Joseph Public Library Board. He has served on the advisory board of the Salvation Army, Young Life, and the Albrecht Kemper Museum of Art.